Prince Fielder to the Tigers.....

When the news broke today about Prince Fielder's mega contract my first thought was TO WHERE?  I had no inkling that the Tigers were players in the Fielder derby.  Teams like Seattle and Texas were the only names I had heard as serious players.  When Victor Martinez went down with a knee injury a few weeks back I wondered how the Tigers would ever replace that bat.  Well they did and in a MAJOR way.  I absolutely love this signing for two reasons.  For one as I had mentioned it replaces the huge loss of Martinez(who could possibly be back late in the season).  Secondly it adds some added swagger and intimidation to the middle of the Tigers lineup.  Martinez was a good all around hitter but he didn't strike fear in the hearts of opposing pitchers like Prince will soon be doing in Motown.  I would argue that Fielder/Cabrera duo is every bit as good as the Fielder/Braun duo was in Milwaukee.  Needless to say Detroit became a favorite to win not only their division but the whole damn thing.  I give them credit for making this bold move.  I don't have much to say about fantasy implications since Fielder is in just as good a situation as he was last year.

We at Fantasy Boyz Sports want to thank you for the support our readers showed us during the football seasons.  It was a blast to put out our weekly rankings, and waiver wire reports.  We look forward to being every bit as active for the upcoming baseball season.  Remember Pitchers and catchers report in less than a month!!!


Look for our Preseason Baseball rankings coming soon.  We also want to get more involved with Twitter and will be creating specific Twitter accounts that point towards this site.

Posted by FANTASY BOYZ at 11:01 PM No comments: 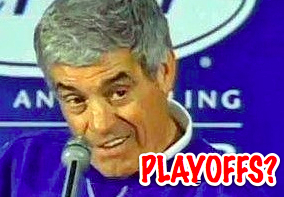 So the NFL regular season has come and gone.  Doesn’t it just seem like yesterday we were putting together cheat sheets in preparation for upcoming league drafts.   Wow time flies, but as you are in the midst of cashing in on your league championship winnings, we are sure you are yearning for more.  Well get into a fantasy playoff pool people!  What you ask?  Come on all you need to do is nose around your company water cooler to find some guy running one of these pools.  What they consist of generally is you submitting a roster of players from the current playoff teams.  While you generally get to pick a list of NFL elite players there is some strategy to it, which we will discuss below in a few helpful steps.

STEP 1 Choose players on favored teams:
This step seems self-explanatory but there are definitely going to be those out there that don’t take this into account.  Players like Calvin Johnson and Mathew Stafford may seem too good to pass up, but when you realize it is likely they will lose to the Saints and only get one game in it makes them much less tantalizing.

STEP 2 Choose QBs on teams that will most likely go deep in the playoffs
Another obvious point but there will be people that take guys like Matt Ryan who likely will be sitting on the sidelines after wildcard weekend.

STEP 3 Go off the board with your picks
We all are going to take Rodgers, Brees and Brady but where you will really win this you’re behind the scenes guys like Ahmed Bradshaw and Darren Sproles.
All in all just like Fantasy football does to the regular season it makes the playoffs just that much better.  Especially for those like myself who are unlucky enough to root for a hopeless NFL franchise like the Bills.
Posted by FANTASY BOYZ at 6:51 PM No comments: