Our Week 10 Starts and Sits contain many of the names you may not think of off the top of your head but this is where you win in Fantasy Football.... BY PLAYING SLEEPER CANDIDATES....  You also want to make sure you don't start your non Stud players who have terrible match-ups or nagging injuries.  For example Brandon Jacobs is the lone starter in New York with Bradshaw already ruled out but he is Facing one of the best run defenses in the league.  You may also be enamored with Marshawn Lynch after his fine showing last Sunday but do you really want to play him this week against the Ravens???   For our Starts we focus on guys like the newly anointed starter in DC, Roy Helu, the resurrected Reggie Bush and the explosive Demarco Murray.  All three of those players weren't on many radars 4 or 5 weeks ago. 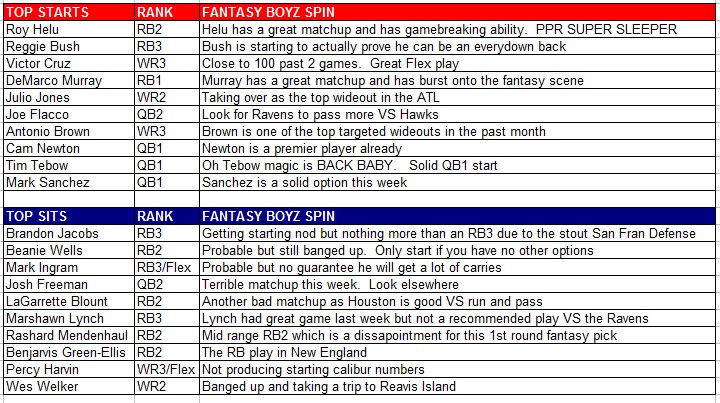